"Advertised by the Downing Engine Works of Des Plains, Illinois in 1906 for $125.00, the 3 horsepower 'Bill' engine is somewhat of an enigma. A patent was issued to William A. Downing for the design but it is not known how many were actually produced, if any. The very simple and attractive engine was probably intended for light duty work such as pumping water, powering a grinding wheel or a small dynamo, etc. A listing for the 'Bill' can be found on page 141 of American Gasoline Engines Since 1872 by C.H. Wendel.

This is an approximate 1/3 scale model of the 1906 'Bill' engine. It runs on propane gas. On liquid fuel, due to the remoteness from the engine, the mixer soon gets cold from liquid fuel vaporization and after that the fuel doesn't vaporize very well which results in ragged operation. A propane demand valve was made for it and running on propane solves that problem. I have to presume that the prototype engine encountered the same problems (it may have ran on illuminating gas), but there was no propane to the rescue back in those days! " - Jerry Howell 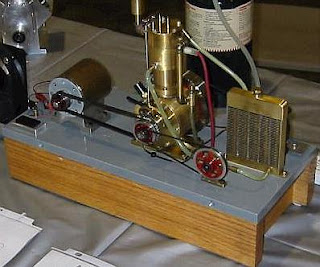 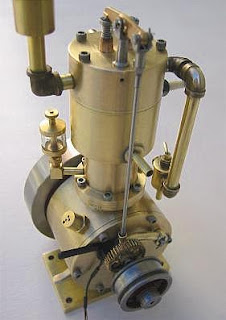 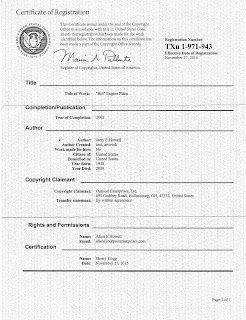